How the IHP and LFAM family evolved

International Health Partners (IHP) is an organisation unique within the UK. This incredible humanitarian organisation was set up in 2005, following the Boxing Day tsunami, to bridge the gap between supply and demand for healthcare products in the aftermath of disaster. It was clear that the tsunami had inflicted physical damage beyond that of the initial devastation. Those involved continued in their mission to coordinate the safe and responsible donation of medical products from the healthcare industry, to vulnerable communities around the world, and 15 years later, while still responding to disasters, also support long-term healthcare programmes and equip doctors with supplies for short-term overseas medical missions.
In 2010, our CEO met a representative from IHP at a Wales for Africa Conference. They explained how IHP supports countries following natural disasters, by shipping top quality, long-dated medications to the affected areas. He added that occasionally, they receive donations of Misoprostol and while this medication is an emergency drug in an obstetric setting, it is not what is needed immediately following disasters such as an earthquake, flooding, or a typhoon. This chance meeting led to the establishment of an official partnership between the two organisations and the facilitation of regularly donated medicine to support LFAM’s in-country programmes rather than having to purchase the medicine ourselves.
As part of our MOU with our partner countries, LFAM requires monthly reports on stock levels, numbers of mothers treated and where possible, the numbers of women who might have died without our medication. Sometimes we receive case studies of the clinical situation and the decisions needed to save a mother’s life. As the reports were received, it became clear that the medicine provided by IHP was instrumental in saving many lives.
In 2014/15 Ebola struck two of our partner countries, Sierra Leone and Liberia. We were unable to travel there, but sent additional resources such as baby clothes and funds for food etc. We received a request from the Ministries of Health of both countries, to send additional Misoprostol as when mothers are haemorrhaging post-delivery, the clinicians will not be able to establish quickly, whether it is caused by Ebola or the delivery (Ebola interferes with the body’s clotting mechanism, so a difficult situation requiring very rapid management). I spoke with IHP immediately to ask whether they could help with additional medication for the two countries. It was at this point that IHP spoke further to the donor pharmaceutical company, who agreed to scale up the donations while we continued to share our patient feedback on the impact being made.
So now, through our partnership with IHP, LFAM receive the very best quality, brand new medication, to be sent to our partner countries. All patients at the recipient hospitals receive these treatments free of charge; a benefit that in itself can help save lives by removing the decision of having to purchase expensive medication a mother may not otherwise be able to afford.
IHP store the medications at their depot near Heathrow Airport so that they can be shipped out quickly in the event of a disaster. On receipt of a request from LFAM, they prepare the shipment, arrange flights and follow it up until the precious medication reaches its destination in good condition. They then send us an invoice for the shipping and a small donation to cover their handling costs at the distribution centre.
There is absolutely no doubt that LFAM has only been able to contribute to the reduction in maternal deaths, because of the incredible relationship we have with IHP, which now feels more like family. This small team of 15 people have quietly gone about the task of saving and changing tens of thousands of lives every year.
THANK YOU SO MUCH IHP. 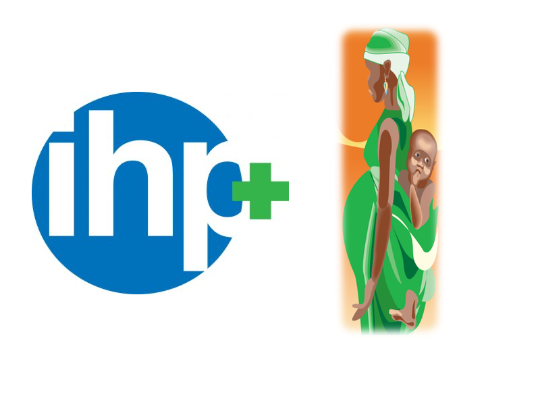